Need to change the order of the stages in your sequence or remove a stage before you send it? Open any unused sequence, switch the stages or delete them from the "Stages" tab, and click 'Save Changes' in the bottom left corner. The updates will go into affect immediately and your sequence will be ready for your recipients!

Mixmax users can delete a stage and switch stages of an unused sequence. In order to do so the following requirements need to be met:

In order to delete the first stage of the sequence, users can hover over the stage. When doing so a trashcan icon will appear. 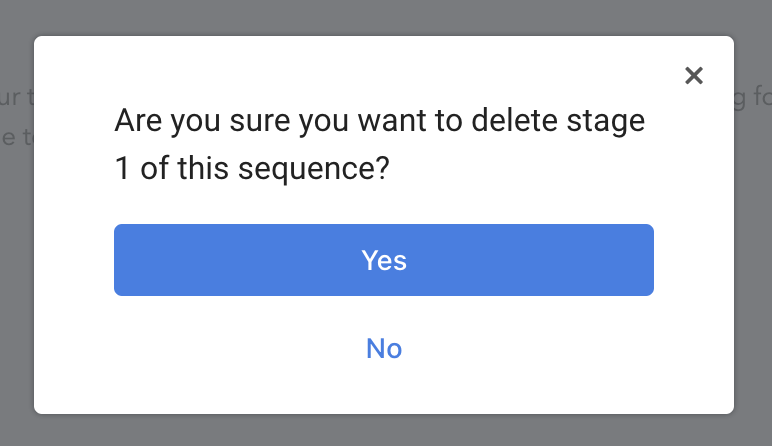 For example, after stage 1 is deleted stage 2 will become the new stage 1.

What Happens After a Stage is Deleted?

In an unused sequence, navigate to the "stages" tab. From there, hover the over the six dots, click the stage, and drag it to the position in the sequence you would like it to be.

What Happens after Drag and Drop is Used to Change the Stage Order?

Did this answer your question? Thanks for the feedback There was a problem submitting your feedback. Please try again later.